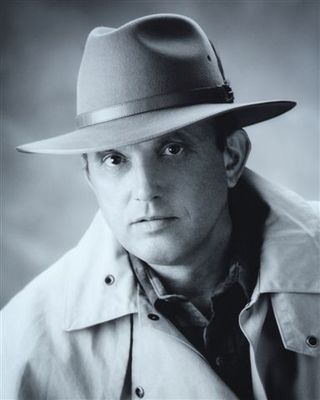 When The Missouri Ran Red, Jim's Civil War novel about Owen Wainwright, a young Missourian taken captive by the Confederate Army, thrown into a Yankee prison, and forced to serve with a Federal posse seeking to hang his half-brother for murder in the bloody autumn of 1864 will be released by Kensington Books, September 28, 2021 in hardback, e-book, audio and large print editions.

Jim recently completed a Civil War novel titled The Brave Die First based on the history of the Second Regiment of Hiram Berdan's United States Sharpshooters. Two first cousins from Michigan, Orin and True Killbuck, experience the brutality and heartbreak of war with their comrades, strive to hold the love of two beautiful women, and endure public scorn when sharpshooters revered at the beginning of the war come to be hated by both North and South. Contract pending.

Jim's Civil War novel, Riding for the Flag, the story of three brothers whose loyalties to North and South place them on opposite sides of the conflict, was published by Kensington Books, September 1, 2015, in paperback and e-book editions.

Raiding With Morgan, the story of the invasion of southern Indiana and Ohio by 2,400 Confederate cavalrymen under the command of General John Hunt Morgan in July of 1863 was published in hardcover by Kensington Books, April 29, 2014. A mass market paperback edition was released by Kensington May 26, 2015.

Fascinated by his father’s tales of the frontier, Jim R. Woolard earned a doctorate in American history and spent years researching Ohio history from 1790 to 1815. Jim’s goal in his writing is to portray every-day life on the Ohio frontier as accurately as possible. His historical novels take the form of personal memoirs. Jim’s first novel, Thunder in the Valley, won the 1996 Western Writers of America Medicine Pipe Award for best first novel and the 1996 WWA Spur award for best original paperback novel. The award-winning Thunder in the Valley was followed by Winds of Autumn, Cold Moon and Blood at Dawn.

Feathered Tide, a novel based on the River Raisin Massacre and the first siege of Fort Meigs during the War of 1812, Goldminds Publishing, LLC, March, 2012.

Ozark Red, a novel about a father, his estranged son, and the champion coonhound that reunites them, Goldminds Publishing, LLC, November, 2007.

Thunder in the Valley
A rousing tale of a young Ohio frontiersman who escapes the clutches of hostile Shawnee Indians and white settlers with hanging rope in hand.
Cold Moon
Danger, war and romance on the Ohio frontier.
Blood at Dawn
A fictional recounting of the massacre of General St. Clair’s army by the Ohio Indians.